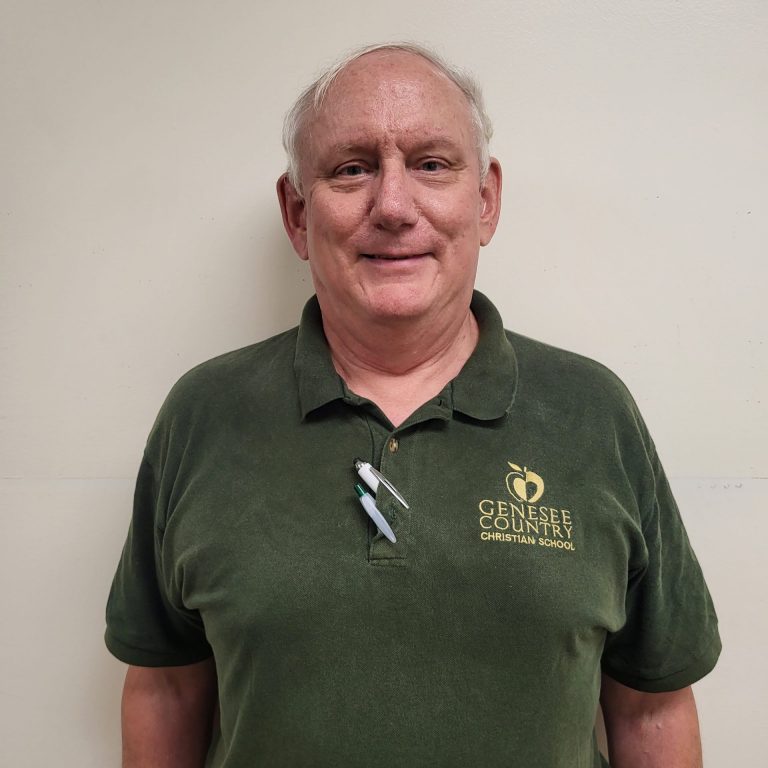 Out of dedication to Christian education, Jim and his wife Carolyn helped build the school building and gym over 26 years ago, and Jim serves of the school board now out of gratitude for GCCS’ role in “training up his son in the way he should go”.

Jim and his wife Carolyn have three children, the youngest of whom was a student of GCCS’ second class.  His youngest son has excelled academically later due to the strong foundation GCCS gave him, he graduated from Harvard Law School and U.S. Army Officer Candidate School, and is now an attorney, captain in the Army Reserves and a committed Christian.  His wife is an electrical engineer.

Jim is a retired Associate Professor of Ancient History at SUNY Geneseo and a retired lieutenant colonel in the U.S. Army Reserves where he was awarded 9 medals of merit.  He is also an internet evangelism volunteer with the Billy Graham Evangelistic Association and a former lead elder for his church, Christ Community Church of Geneseo.

Jim has his Ph.D. from Yale University.

Genesee Country Christian School is a non-denominational Christian school that was founded in 1996. The school began with 6 kindergarten students, a principal and 1 teacher in a rented room in Groveland Federated Parish. Friends of the school built a schoolhouse and Genesee Country Christian School added one grade per year until the first kindergarten class reached the sixth grade. In 2010 the board voted to add a middle school program. The school added seventh grade in 2011 and eighth grade in 2012.

"One of the things I have loved about having my children at GCCS is how committed the teachers are to supporting my parenting. Together we have identified strengths and areas of improvement, and together we encourage and work towards improvement in my children; educationally, emotionally, socially, and spiritually. This is one of the greatest gifts GCCS gives to families."

"We have LOVED the experience your school has provided for our child and can't say enough about the preschool program and teachers Mrs. Murphy and Mrs. Steltzer. We found your school environment so amazing, genuine, and refreshing. Thank you."